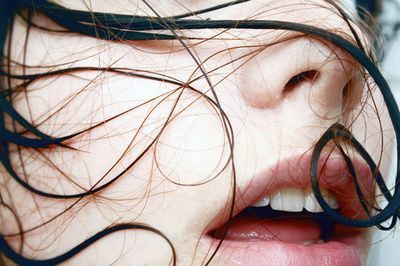 It was predictable that every morning I’d wake up to the harsh rocking of the ship and noisy screams from above. So, I was a bit taken aback when the ship was still and the only sound in the air was my own breathing. Alarmed, I sat up. We were ported. My feet didn’t waste a moment, and I ran to the wall. Looking through any hole I could find, I saw beaches and a Caribbean town. Where were we? My stomach growled eagerly. Familiar footsteps grew louder and the jangle of old keys came outside the door. A crew member appeared and snatched me by the arm.8964 copyright protection57ＰＥＮＡＮＡbkGTbL4oDp 維尼

“Get your filthy hands off of me!” I yelled, struggling feverishly. He pulled me outside, however, I immediately shielded away. The direct sunlight damn near blinded me. Only then did I realize that I’d never actually seen the deck before. It was as expected—large, dirty, and crowded with cargo. But awfully empty of a crew. We were in a small seaside town. Palm trees scattered the land; the water was crystal clear and shimmering in the light. I’d seen towns like it before but it seemed this one was quite barren of residents.8964 copyright protection57ＰＥＮＡＮＡ1NqtNUVXpN 維尼

The pirate forced me down the deck towards the bow of the ship. There stood Captain Tew and another tall, powerful-looking man (assuming he was Tew’s first mate). Beside Tew’s feet was a large bucket of water. Tew didn’t grin; he only stared at me, waiting. I looked around, searching for something to get me out of this mess. Alas, there was only a handful of crew members who wouldn’t even give me a second glance. That’s when my eyes fell on the Cabin Boy. I’d never actually seen him in full light. He looked older—or maybe that was just exhaustion. His thin scar shinned like waters. The blonde in his hair came out very obviously and his eyes changed to green in the sunlight.8964 copyright protection57ＰＥＮＡＮＡKbNJdqP4M6 維尼

Edmund looked horrified at the sight of the predicament and nearly dropped the rope in his hand.8964 copyright protection57ＰＥＮＡＮＡKl6G1x7MFh 維尼

I was shoved and moved along. When I was in front of Tew, the crew member pushed me to my knees. I refused to meet the revolting man’s eyes.8964 copyright protection57ＰＥＮＡＮＡDjlm7rSTgy 維尼

“I’m tired of playing games, girl,” he growled. My reflection in the water was the first time I’d seen myself in a very long while.8964 copyright protection57ＰＥＮＡＮＡBxiqsnh2jg 維尼

“Look at me when I’m speaking to you.” My hair was messy and my face was so scratched up that I barely recognized myself. The beloved daughter showered with her father’s pampering was long gone. After the shedding of the beautified shell, only I remained.8964 copyright protection57ＰＥＮＡＮＡV2YzpUJucR 維尼

“LOOK AT ME WHEN I’M SPEAKING TO YOU!!” His calloused hand grabbed my face and brought it up to his own.8964 copyright protection57ＰＥＮＡＮＡn8A1Cwst9L 維尼

“You seem to be unaware of how helpless you truly are. This,” he said with a ridiculous wave of his arm, “is my castle. I am the king. You are but a cockroach I can squish under my boot.” Tew lifted his foot clad in his ratty boot and lighted pushed my head away with it.8964 copyright protection57ＰＥＮＡＮＡeU2E7UZwyg 維尼

“I’ll be more willing to rip off your every finger before waiting weeks for an answer.”8964 copyright protection57ＰＥＮＡＮＡSQnmRRxWWG 維尼

“Why do you intend to rob my father so quickly?”8964 copyright protection57ＰＥＮＡＮＡ97qaxFEdaM 維尼

“Oh, I don’t intend to just rob your father, my dear. I intend to end him.”8964 copyright protection57ＰＥＮＡＮＡUL5Q9Lg5BU 維尼

My stomach lurched when I heard those words and I had to duck my eyes and keep my mouth shut. My stomach was so tight and wrapped in such a knot that I felt that I’d be sick.8964 copyright protection57ＰＥＮＡＮＡUgYnAFbIdu 維尼

“I sent the ransom letter to him—weeks ago. He did not reply, and I was forced to consider other options. Your father is a nasty devil who’ll cheat anyone for rum. He’s a dead drunk and he’s wronged me for the last time--"8964 copyright protection57ＰＥＮＡＮＡg1Bb9plxRY 維尼

“Shut up! You lie!” I yelled, hurling my body towards him with no release. A sting rung across my cheek like the remaining hum of a church bell. I didn’t comprehend what’d happened until the pain took its toll.8964 copyright protection57ＰＥＮＡＮＡ5qZ8cTIwYV 維尼

Then, I heard the thud of rope hitting the deck, and Edmund scrambled to pick it back up without anyone noticing.8964 copyright protection57ＰＥＮＡＮＡgXRocBINol 維尼

I struggled to keep my breaths steady. There was so much concealed rage icing my insides.8964 copyright protection57ＰＥＮＡＮＡuXLfCLostl 維尼

Tew’s beady eyes dug into me like a dagger. A burning sensation rose up through my legs all the way to my throat, growing with a sickening sensation. I doubled over suddenly and vomited. Much of the crew looked away in childish disgust; a few even groaned. I coughed it all out and felt a hot tear slip down my cheek. My spine shook in fear and discomfort.8964 copyright protection57ＰＥＮＡＮＡXxFw6xNuR1 維尼

“You’re just like your old daddy—pathetic and a waste of life. Your father will rue the day that he ever sailed the Fancy. He will go down with that ship. Perhaps you’ll be joining him.”8964 copyright protection57ＰＥＮＡＮＡd9FVH8Yc2p 維尼

“This conversation is over. Dunk her.” I only had time to look down at my reflection in the bucket of water before my head was completely pushed beneath the surface. I struggled a bit, pushing away and trying to tear myself off of the pirate’s grip on my head. The water was freezing cold, only kicking up more of my fear. Oddly enough, I didn’t think of the possibility of drowning during those long moments. I thought of the beach.8964 copyright protection57ＰＥＮＡＮＡnV7JxP2YYi 維尼

I was small when my mother first taught me to swim. It was one of my earliest memories. We were visiting my grandparents in their summer home on the coast. I’d turned five years old earlier and my mother thought it would be a good way to cool off. It was the first and only time I’d seen my mother in trousers. If we’d been somewhere public, we might’ve been arrested for indecency but I could tell that she didn’t care how she appeared in front of her daughter. There was a small lagoon a few yards away from my grandparent’s home. My father had left for town, and my mother and I were alone.8964 copyright protection57ＰＥＮＡＮＡdhHzqhoYEW 維尼

We raced across the dirt path, barefoot and wearing light blouses with cloth trousers. My mother’s hair flew behind her like a flock of ravens traveling north. Her smile was sunlight warming the earth below our feet. I looked up at her the whole way. When I smelled salt and the sands, I knew we’d arrived. Snowy white waves exploded against rocks while smaller ones merely brushed the shore, polishing its rough terrain—much like a mother’s loving touch would smooth over a child’s cowlick. I watched the treacherous waters beyond and stopped in my tracks. But my mother took my small hand in hers and knelt to my level.8964 copyright protection57ＰＥＮＡＮＡavVpG5CDUj 維尼

“Don’t be afraid. Let’s start with the shore. We’ll tackle the large waves when you’re older.” She led me closer to the small waves. They pulsed back and forth across the sand as a heart would beat. The water tickled my small feet, and I jumped away, feeling the waves try to suck me in. Although, my mother only led me in further.8964 copyright protection57ＰＥＮＡＮＡz4QPUgaFTa 維尼

“Don’t worry,” she reassured, “While I’m here, I won’t let anything hurt you.”8964 copyright protection57ＰＥＮＡＮＡerPjZlPe2f 維尼

I reflected back her smile and ventured further into the water. The water was cool compared to the blazing sun. The chilled sensation of it on my warm skin was mesmerizing. Suddenly, my mother dove deep into the water, and I’d begun to panic.61Please respect copyright.ＰＥＮＡＮＡgawCK3IWrW
“Mama! Mama!” I called with the beginnings of tears forming in my eyes. She resurfaced and grinned at my hysterics.8964 copyright protection57ＰＥＮＡＮＡJUJ59b61GT 維尼

Mirroring her movements, I plunged my whole self into the lagoon. The cool water hitting my face was like a new breath of air in an oxygen-less world—a world I felt safe in as long as I could feel my mother’s fingers laced in mine.8964 copyright protection57ＰＥＮＡＮＡQYIBh8DRBs 維尼

This was not the same cool water that I’d remembered from so long ago. This was only a cold, grimy bucket that I was drowning in. I hadn’t realized the time passing until my struggling became more frantic. Suddenly, my head was yanked back up and I gasped out. Tew was talking but not to me.8964 copyright protection57ＰＥＮＡＮＡqBsfBvjzkl 維尼

“…you think you have any right to speak to me, boy? I oughta skin off your lips. Scrub the damn deck or I’ll make what happened to your father seem like child’s play!”8964 copyright protection57ＰＥＮＡＮＡHhOHx4M56Y 維尼

Edmund had stepped forward but now was being screamed at by Tew. I couldn’t look at anyone. My face dripped with water and blurred my eyes. Tew shoved Edmund away and approached me.8964 copyright protection57ＰＥＮＡＮＡzJw5obRIW8 維尼

“Where is Henry Every?”8964 copyright protection57ＰＥＮＡＮＡSJ7FO7QpDT 維尼

Immediately, my head went back under, and I was left struggling underneath for so long. My lungs began to shrink and dry. My head was yanked back up and my lungs burned with the air. I knew drowning was the worst thing possible for my bruised ribs. Every part of my chest stung like I was being licked by flames. The man took a hold of my hair and dragged my body back up to him.8964 copyright protection57ＰＥＮＡＮＡwvnLfBQ3CY 維尼

“Where is he?!”8964 copyright protection57ＰＥＮＡＮＡ6MCWin9rtN 維尼

“Put her under.”8964 copyright protection57ＰＥＮＡＮＡBQjqXrPURA 維尼

My face smacked down harshly into the water, and I could feel my consciousness drifting farther and farther away from my reach. My struggling became less frantic as I felt the remains of my strength fade. I squeezed my eyes shut.8964 copyright protection57ＰＥＮＡＮＡ3QEKmLw3X3 維尼

The next thing I knew, my head was on the wet deck and I was choking on air like a fish out of water. A dull pain numbed the left side of my skull. There was a lot of yelling, but the ringing in my ears softened all of it. I tried to open my eyes but I couldn’t see anything but a crowd of feet. After a few seconds, I was able to come to the conclusion that I was, in fact, not dying anymore. Logical thinking took its turn. I lifted my head to find the bucket lying over and still draining water. My hearing slowly began to return but was again clouded with Tew’s shouting and the sound of bodies hitting one another. Once I was able to lift myself onto my feet, I wanted to be thrown back down. Through the spaces in the crowd, I could see Tew throwing Edmund around like a rag doll. The throbbing in my head, now that I’d regained consciousness of my surroundings, was nearly insufferable, and I had trouble keeping my balance. Figures of people became fuzzy. My body swayed back and forth until I was suddenly looking up at the sky. The sounds grew softer as did my vision until I could no longer tell the difference between asleep and awake.8964 copyright protection57ＰＥＮＡＮＡ3GwLHOq2qu 維尼 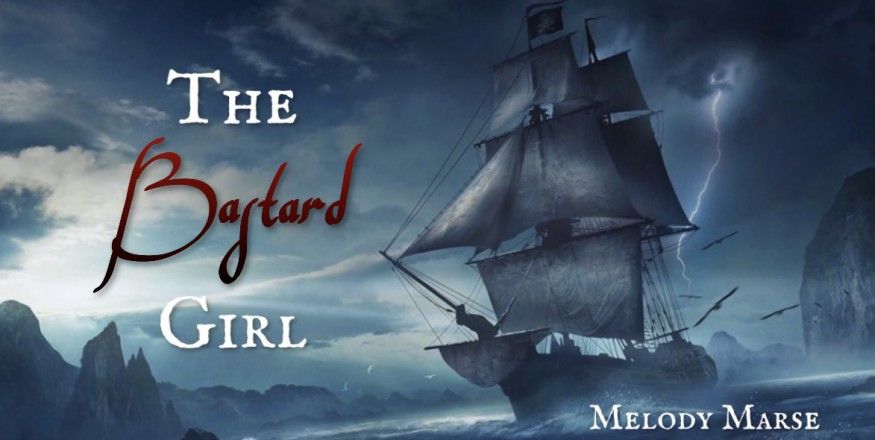