The vampires of the First Generation

This is Egil, a 3129 year old vampire. The first one Anshar ever turned and that one no one knows about for reasons that will become clear as the story progresses. The world however knows him as Caiden Thorne, a 780 year old vampire. Now I know that, upon seeing Ian Somerhalder as my mental image for Egil your mind might snap to Damon, but I assure you that this should not be the case. I can't help but use him since he's been my Egil ever since I saw him in the movie Pulse. That being said, more information will become clear as the story progresses and I want to spoil nothing for you.8964 copyright protection377ＰＥＮＡＮＡRYE89lb555 維尼 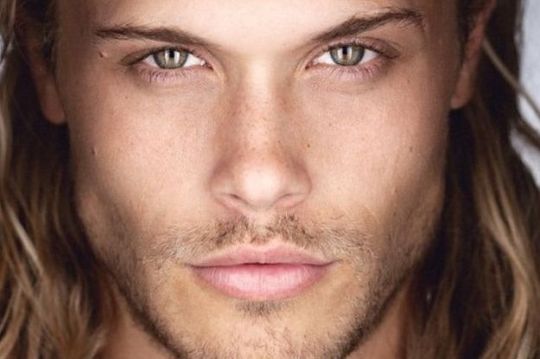 I know Aram is barely mentioned for now. He is also one of Anshar's creation and that makes him a First Generation vampire. As far as he and his other blood siblings know, he is the oldest turned vampire and Anshar's first creation. The actor I picture him as is Christopher Mason, but with a lot more polished look. His hair is usually tightly pulled back in a low ponytail and he's an elegant dresser. Aram is 2806 as a vampire and he was turned at the age of 25.8964 copyright protection377ＰＥＮＡＮＡ7KtOMGsWVn 維尼

Livia, or Addien as she is currently called, is the third vampire of the First Generation. A beautiful Roman treasure, she was turned by Anshar after having become his lover. She was 24 and has been a vampire for 2655 years. Gemma Arterton portrays her very well. She's very sensual and sexual, but also envious and needs attention.8964 copyright protection377ＰＥＮＡＮＡxf27U30jgG 維尼

Solon was discovered and turned a year after Livia. He is the fourth of the First Generation. While Solon isn't a man of many spoken words, when he does speak, his siblings are all ears. He might not be the oldest or in charge of their group, but he is a great strategist. One of the most elitist of the vampires, he is passionate about supernaturals, especially vampires, being the ruling species. Henry Cavill is what inspires my image of Solon. He's 2654 years old as a vampire and was turned when he was 36.8964 copyright protection377ＰＥＮＡＮＡnLsLK7nLwq 維尼

Valerius is the fifth, two years younger than Solon. He was turned when he was 28. Valerius is and has always been a puppeteer when it comes to humans. He enjoys still trying to pass for a human and intricate deception. While he might come off as a womanizer, immature and playful, he is a great strategist and could rival Solon if it wasn't for his hotheadedness. Unlike Solon, however, he doesn't hate humans, instead he enjoys them even though he's still not one to consider them equals.8964 copyright protection377ＰＥＮＡＮＡzGOj3c0UyG 維尼

Charis is the youngest of the First Generation, turned at the young age of nineteen, after having been kept a prisoner and tortured for three years. She has always been and still is a kind soul, someone who tries to be level headed and find a way to make things work. She strives for her siblings to get along and works toward a peaceful co-existence with the humans. She is not at all naive or stupid and she is well aware that it's not something she can achieve, but she tries to minimize damage in any way she can. I picture her as Amy Rossum, but I have yet to find a face I am completely pleased with. She is a mature person, yet still holds the innocence that her human years reflect, while her big eyes tell stories of suffering, hope and wisdom. Her hair is a lot lighter in color, almost blond and it's naturally curly.8964 copyright protection377ＰＥＮＡＮＡ36rHNWCFwk 維尼

0 likes Suggest Edits
Be the first to like this issue!
Previous Issue >
close