Join as
Idea Contributor Beta Reader
A - A - A

Over the next few days, Noah didn't go to visit Glenn. It wasn't that he didn't want to because he did. He just wasn't sure if he should. Glenn hadn't mentioned wanting to do anything the next day, only that he had a doctor's appointment. So, Noah decided it was best if he stayed home.copyright protection383ＰＥＮＡＮＡzAjUcVAvsf

But then the next day rolled around, and he still found himself unsure of what to do. Why hadn't someone written some sort of friend code for situations like this? Out of uncertainty the teenager even googled 'rules of friendship', but the first link he clicked on stated very clearly under rule number three 'They care about you but don't smother you.' Would him showing up uninvited qualify as smothering? In the end, Noah didn't make a trip to the hospital until his next appointment almost a week later.copyright protection383ＰＥＮＡＮＡsyKIIl2GUI

The appointments seemed pointless to Noah. Each week they went in, and each week the doctor confirmed he was still dying. Big surprise there. It seemed no matter how many drugs they pumped into his body, or different diets they put him on the cancer was still progressing right on schedule. Lucky him.copyright protection383ＰＥＮＡＮＡQsVeuctPSV

After listening to the doctor drone on and on about some new experimental drug that showed promise, Noah couldn't wait to spend the day hanging out with Glenn. It wasn't until he reached the room that his stomach started churning with unease. What if Glenn thought he had blown him off? He should have just manned up and stopped by sooner. Before he could even work up the courage to knock, the door swung open, nearly knocking the young teen over.copyright protection383ＰＥＮＡＮＡDS60q29JVl

"I am so sorry. Are you okay?" Noah looked up to see a middle-aged woman with bright green eyes looking horrified.copyright protection383ＰＥＮＡＮＡXXeTmWmzb0

"I'm fine. I --I was just uh looking for Glenn," he rambled.copyright protection383ＰＥＮＡＮＡ5wnx8Ybe63

"Oh, you must be Noah. Glenn! Noah's here," she announced. "I'm Sasha by the way, Glenn's mother. Wish I could stay, but I really am quite late." Wow! Noah thought, now understanding where Glenn must have gotten all of his energy from.copyright protection383ＰＥＮＡＮＡ5jT6sZFFWI

"She is," Glenn answered getting up from his bed. Noah noticed the tube resting just underneath the boy's nose. He was getting worse. "I wasn't sure if you would be coming back anytime soon." copyright protection383ＰＥＮＡＮＡExQSNznxF7

"Yeah, well..." he trailed off not sure what to say. Glenn let out a light chuckle.copyright protection383ＰＥＮＡＮＡjptoRHzIdX

"Nah, it's cool. I just forget some people have lives outside these walls. So, I was thinking if you're feeling really adventurous we could head to Busse Woods and do a little light hiking through the forest."copyright protection383ＰＥＮＡＮＡfEFCRRzeHa

"Are you sure that's a good idea?" It definitely didn't sound very wise for two dying boys to go hiking alone in the woods.copyright protection383ＰＥＮＡＮＡ15KuMIDUB5

"Well," Glenn drawled. "If you can't handle it." Was he actually goading him?copyright protection383ＰＥＮＡＮＡiERuXQYaGg

"I didn't say that. It's just that --." But Glenn cut him off before he could finish.copyright protection383ＰＥＮＡＮＡJF1rpSqyKk

"No, no I get it. You just don't want to admit that a guy who's attached to an oxygen tank is in better shape than you. I completely understand." Glenn smirked. Yep, he was totally egging him on.copyright protection383ＰＥＮＡＮＡlF9BamKieI

"Let's just get this over with, but I am not dragging your butt back to the bus stop if you run out of steam," Noah warned.copyright protection383ＰＥＮＡＮＡesTm4pB7gc

In no time at all, the boys were walking along old footpaths, weaving between the trees. It had to be the first time, since he was eight, that Noah had been there, and even then, he never dared stray from the designated walkways. He couldn't believe how many wild animals lived freely not even a mile from the busy roads.copyright protection383ＰＥＮＡＮＡhZtwFby3Mk

"Are we here to take pictures of nature?" Noah asked excitedly. Just then he heard the distinct click of the camera going off. "Did you just take a picture of me?" Of all the amazing things there were in these woods why would Glenn photograph him?copyright protection383ＰＥＮＡＮＡM4zAgrSRtV

"I did," he responded tossing the photo to Noah. "How else could I capture amazement and wonder?" And indeed, that was exactly what the photo showed. It was an image of Noah looking up at the trees surrounding them, a giddy smile forming on his face.copyright protection383ＰＥＮＡＮＡyY2lA4pAj4 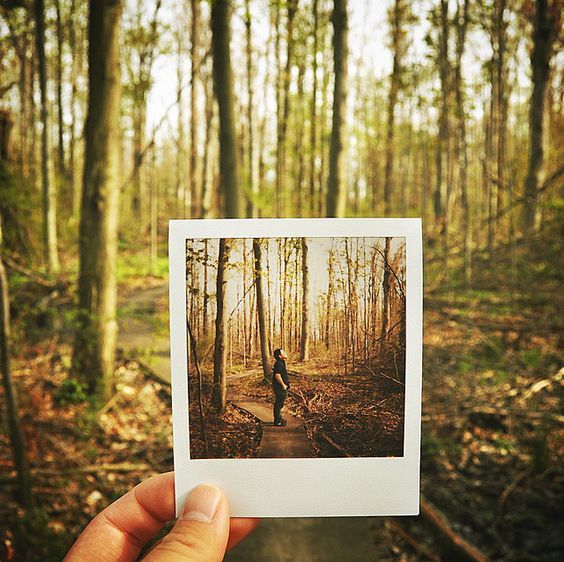 "So we came all the way out here so that you could take a picture of me?" Glenn shook his head laughing, and Noah joined in. Glenn's happy go lucky attitude was more contagious than any cold.copyright protection383ＰＥＮＡＮＡMHSP1pXKKa

"Get over yourself. We came here to take an amazingly inspiring photograph of a doe and its fawn. You know something to show off my phenomenal photography skills, but this will do," he said snatching the picture out of Noah's hands. "When we get a bit more time I show you an awesome fishing spot me and my older brother use hang out at."copyright protection383ＰＥＮＡＮＡMvFste1ati

Fishing? Noah had never been fishing. It had always looked like fun when he was people do it on tv, but since his dad went awol when he was three, and his mom didn't dare do anything that might involve dirt or worms, Noah had never gotten the chance to experience it.copyright protection383ＰＥＮＡＮＡBF63ahXg2J

"Really? You swear?" Glenn nodded and motioned for Noah to follow him. As they continued trekking through the woods, the makeshift path they were following became harder and harder to maneuver, and Glenn's tank wasn't making it any easier. Ten minutes and wait felt like miles of walking Noah started to wonder if Glenn knew where he was going.copyright protection383ＰＥＮＡＮＡT31pVhBD4A

"Do you have a particular destination in mind, or are we lost and you just refuse to admit it?"copyright protection383ＰＥＮＡＮＡOTjDKWmpss

"Don't you trust me?" He did trust him more than he probably should trust someone he had only known a few weeks, but still he couldn't help but worry. Maybe his mom was rubbing off on him. Noah shuddered at the thought. "No worries. I know these woods like the back of my hand. We are almost there." Noah was about to ask almost where when he noticed they were nearly to the edge of the woods. As he stepped through the last of the shrubs, he noticed a corn field. Well, it was what was left of a corn field. The stalks were all different shades of brown and gold, and the actual corn had already been harvested.copyright protection383ＰＥＮＡＮＡhus4fXpaf5

"Who plants corn next to a forest?" He questioned out loud.copyright protection383ＰＥＮＡＮＡVSlpdk7c0l

"No clue. It has been here as long as I can remember. But I can say it makes for an awesome game of hide and seek in late spring. Once it took my brother four hours to find me. Though I am not sure he spent the entire time actually looking for me," Glenn told him.copyright protection383ＰＥＮＡＮＡWzO12kNdP5

"Yeah, as close as two brothers eight years apart could be. We did everything together up until the very end. I think the fact that we were both struggling with the same disease helped bring us closer." So his brother had died from the same thing, and now his parents were being forced to watch another son die the same slow death. Noah couldn't help but feel sorry for them. And develop a new respect and understanding for why Glenn chose to stay at the hospital.copyright protection383ＰＥＮＡＮＡidi9NLri7d

"Sorry," was all Noah managed. The somber look on his friend's face quickly disappeared, and again his eyes seemed bright and full of hope.copyright protection383ＰＥＮＡＮＡrusPZh8QT9

"It's ok. I mean, I miss him a lot, but it gets easier. He didn't let his illness get him down. He was even attending college until the very end. Rick wanted to be a teacher, and he was only a few months away from making it a reality. I was in this field when I got the news." Glenn's words stopped Noah mid stride. He watched as Glenn walked along the edge of the corn field, his hand gliding along the tops of the broken stalks.copyright protection383ＰＥＮＡＮＡHRiAiI8WIg

"Was it sudden?" Noah found himself asking. Glenn didn't answer at first, and he started to worry maybe he had overstepped his boundaries.copyright protection383ＰＥＮＡＮＡL1OyPNOTuT

"No, I guess not. I mean it was for me. Rick did a great job hiding how sick he really was. He must have kept my parents in the loop because they didn't seem the least bit shocked when it happened. I probably should have seen it coming, but I guess it was just easier to pretend everything was okay. His last few weeks he kept making excuses for why we couldn't hang out. The day he died I was riding my bike out here to pick some Sulfur Cinquefoil or as I called the yellow clovers. They only grew in the clearing near our fishing hole, and I thought if I brought him some it might make him miss out fishing outings. But before I even got on my bike to head home I got the call from my mom and ended up tossing the flowers and ditch my bike..." he trailed off as he scanned the field. "Right here." Glenn was standing right in front of an older style bike that was completely rust covered.copyright protection383ＰＥＮＡＮＡVNJ4nKDUE3 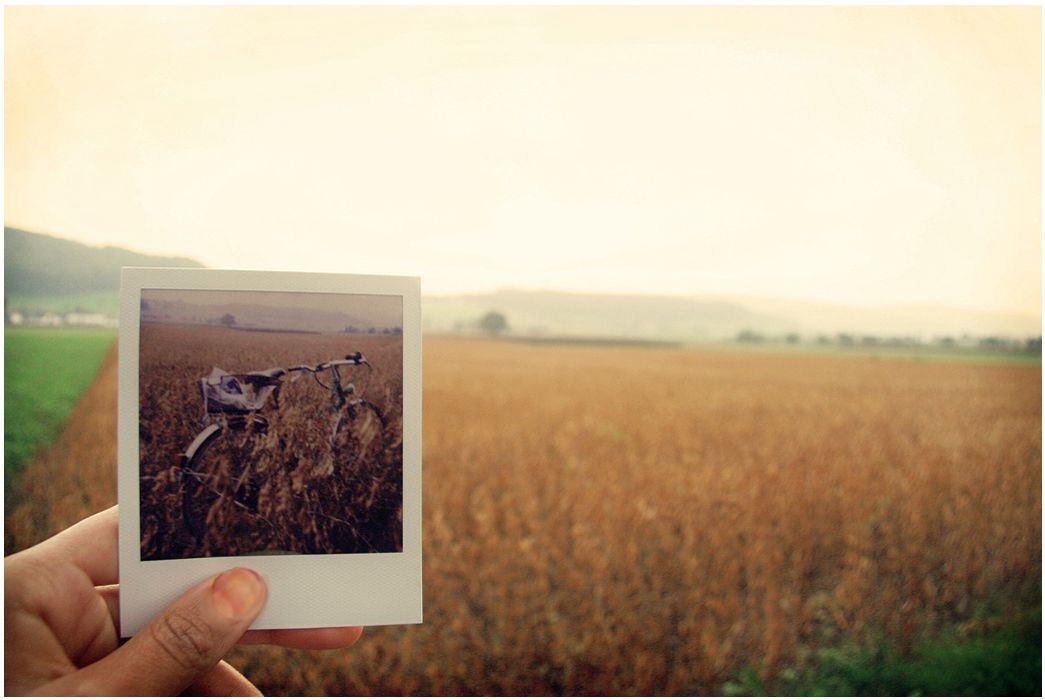 And just like that Glenn was smiling and reaching for the camera hanging on his oxygen tank. He quickly snapped a picture and watched as the image developed. Noah looked over his shoulder surprised at how beautiful that pile of junk bike looked in the photo.copyright protection383ＰＥＮＡＮＡQHRc1JvLiQ

"Survival. The picture is about survival. Right?" Glenn smiled broadly at Noah, motioning for him to continue. "I mean after three years of just sitting here out in the snow and rain the bike is still in one piece. A little worse for wear but it still survived." The older boy patted him on his back.copyright protection383ＰＥＮＡＮＡDLOsqYmwpd

"I couldn't have said it better myself. Come on, we better head back before you do need to carry me back."copyright protection383ＰＥＮＡＮＡX3Ip6d7pxL