I THINK KARIN'S COMIC RELIEF WAS SO NICE but seriously. what annoys me is the fact that some people end up believing Karin is a character for comic relief when she OBVIOUSLY IS NOT??? she has been through so much and as you said, she even is helping in a war. and she doesn't need to. only because Kishi puts lots of comic relief in the manga it doesn't mean some characters are only for that??? and she had a serious moment healing Tsunade a few chapters ago IM GONNA WHY DONT PPL REALIZE THAT8964 copyright protection116ＰＥＮＡＮＡ3vanV7koAW 維尼

yeah idk a man like Karin doesn’t even know what’s going on? she literally showed up and there were all these dead hokages and she was still mad at Sasuke but it seems that she sensed his chakra was good since she said “she couldn’t believe it was him” and sensing his bad chakra was part of why she left before8964 copyright protection116ＰＥＮＡＮＡwdeCMprKoT 維尼

Taka is a group of anti-heroes, they are not going to care about the Shinobi Alliance much. What has it ever done for them? Juugo was shunned everywhere he went, Suigetsu grew up in the Bloody Mist when young ninja had to fight each other to the death just to graduate from the academy, and Karin’s whole civilian village went up in smoke because of wars between nearby ninja villages. In other words, shinobi destroyed her family and everyone she knew. And then they all ended up in Otogakure, which is no place for a child.8964 copyright protection116ＰＥＮＡＮＡYAdGcTpPyB 維尼

They are fucked up, but they aren’t all bad, and that should be obvious from the Hachibi fight, when Suigetsu said he “didn’t know why he was risking his hide” for his friends, but he did it anyway. Juugo protected everyone in order to fulfill Kimimaro’s legacy. Karin, who didn’t give two shits about Juugo and Suigetsu when they first showed up and wished they’d kill each other but ended up dragging both of them to safety along with Sasuke at the risk of losing her own life. Karin, who has no skills other than keen sensing skills, a sharp wit, and a potent healing ability, risked her life for them. Then Sasuke awakened Amaterasu to protect them all, and Enton Kagetsuchi to protect Karin.8964 copyright protection116ＰＥＮＡＮＡx8PWt2ahOO 維尼

Then she warned Sakura that Sasuke was about to kill her, and CRIED for her. She said to herself that she “sympathized” with her.8964 copyright protection116ＰＥＮＡＮＡY5wYYJSDmN 維尼 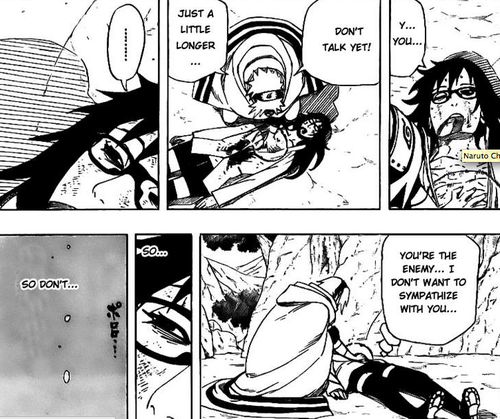 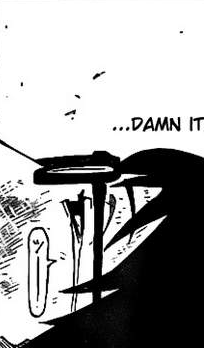 Hilarious. look at all that comic relief8964 copyright protection116ＰＥＮＡＮＡuUL5dxTYM6 維尼

The girl who wants more than anything to see the “SMILING FACE” of the boy who saved her.8964 copyright protection116ＰＥＮＡＮＡlNwwE7t4Nh 維尼

Suigetsu enjoys “dismembering” his enemies “for fun.” Juugo slaughtered his whole village. Karin has been turned into a living IV drip and used many times by people she probably didn’t even know.8964 copyright protection116ＰＥＮＡＮＡ7x4JroUYwR 維尼

They may be fucked up, but they are far from evil. No one’s ever been on their side, so they have no real stake in this war, nor are they really aware of all that’s going on. They are there for Sasuke, and Sasuke alone.8964 copyright protection116ＰＥＮＡＮＡ45AtZ068WS 維尼