People Who Like This
#10
The Nassirian
By Rhys A. Dagwood 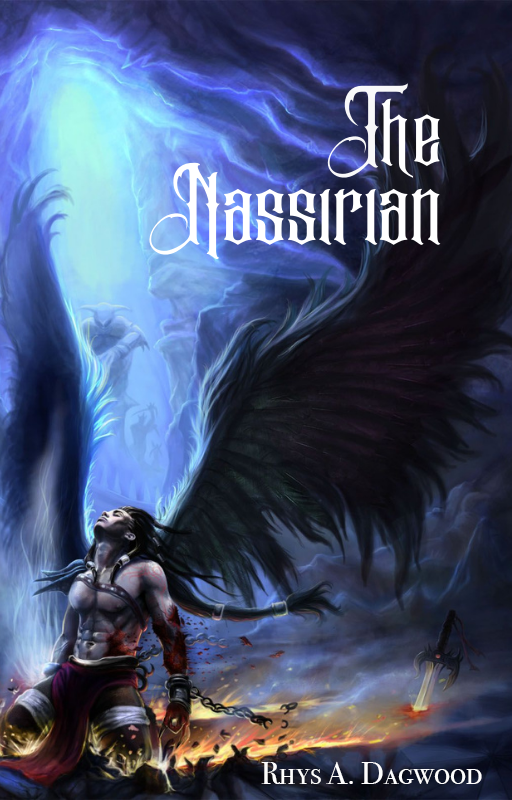 Amir Galaedar has gone by many an epithet but the one that is known throughout the ages is but a whisper through space and time. A name that is feared, a name that is loved, a name that not even stricken history can forget.copyright protection92ＰＥＮＡＮＡ6M1sXkupBW

During the Golden Age, the gods watched over the world. Ludrion had well and truly adjusted to having so many creatures living within his being, he even came to love them all. As a son to all the divine beings in the pantheon, he was cherished as their most favorite, and they sought to ensure no serious harm would ever befall him. Unfortunately, the gods fell short on their promises many times over. The first occurrence being when the Age of the Black Void almost destroyed everything in this part of the Sobosian universe. The second being when there came to be a creature of great might that believed he could conquer all and reign over the five realms as supreme emperor. That being was of samgelian birth and his name was stricken from the tomes of history, for the crimes he committed against his people and Ludrion were too terrible to speak of. His name came to spark fear in the hearts of many. His name came to mean death and destruction. A name that still brings shivers of dread to any who even think it. His name is Dahrkskrêm. Dahrk for the evil that stems from his core and skrêm for the screams he left in his wake.copyright protection92ＰＥＮＡＮＡmEv3Peb7Cj

What started as a harmless hypothetical thought planted by a disenchanted divine being, grew into the dangerous and toxic doctrine that he began to spread amongst his brethren. It was their aim to, as the supreme beings of this plane, unite all the realms under one regime. He envisioned the might of the drezaris and their steeds coming together with the samgels and theirs, he pictured the lycans of Jeildrai, the sanguine-hounds of Saju’Rah, and the wolven shifters of Ilyria uniting as one single race. He believed he could bring even the verilim and the zerilim together, and rule over all creatures of Ludrion in one great dynasty.copyright protection92ＰＥＮＡＮＡ1TGnofYPMr

Order and chaos warred for dominance as Ermiyas became rife with mischief and mayhem, something that never happened before in the heavenly realm.copyright protection92ＰＥＮＡＮＡbZVTQzbfnx

For a time, he succeeded in his quest. His dominion was under a strict rule for one hundred years. Those who were true believers in his cause were loyal to a fault and nothing could deter them.copyright protection92ＰＥＮＡＮＡfNh8C1XvGG

Whispers of his name plague the world as there are still few who try to abide by his doctrine, but none have ever come close to accomplishing what he had.copyright protection92ＰＥＮＡＮＡSFYvdTWMI7

At the turn of the century, the Nassirian’s hold on the realms began to wane as does the moon in its cycles. He could no longer control the dynasty he had painstakingly built. Merciless rebellions broke out around the world as aqua borns, hell borns, sky borns, and terra borns retaliated against the high generals Amir the Emperor strategically placed in all the realms.copyright protection92ＰＥＮＡＮＡU9M2tKNAOK

Many lives were lost in this struggle for the very soul of Ludrion, but it would not be the only time the state of this world would be at stake.copyright protection92ＰＥＮＡＮＡCgrXKn5VCT