People Who Like This
#7
The Secret Island
By Rhys A. Dagwood 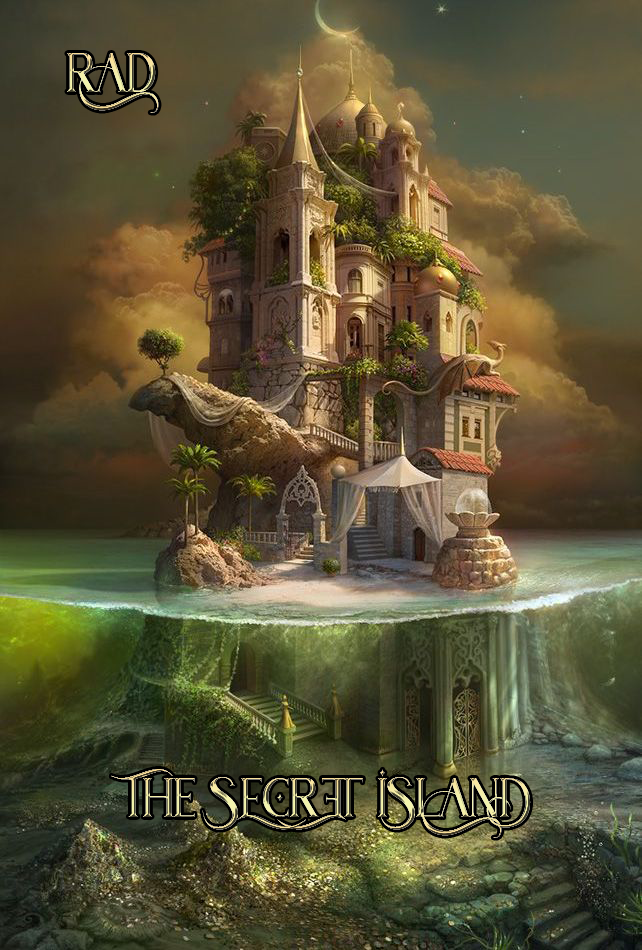 It is said that during times of peace, one must always be ready for war. That much rang true for the denizens of the seas. A young mermaid sparked a legendary war that would be known for centuries to come. The battles that took place as a result of her actions ravaged two underwater territories to the point of being nearly uninhabitable. copyright protection57ＰＥＮＡＮＡZV5LoTLrH4

Deklyn and Arileh Telymar were members of the Calleh tribe. These particular mermaids made their home in Cala'Cique, a territory known to those living in the terra realms as the Noir Waters. It is a body of water that touches the Ilyrian kingdoms of Acalia, Cruicuria, Zeaterra and it also holds the seven islands that make up Viridia.copyright protection57ＰＥＮＡＮＡtldIF8vrXf

After the War of the Waters, the Telymars came to be living in Zeaterra. They were seeking sanctuary from the carnage and plagues that consumed their home. Shedding their gills and scales, they left their tails behind to take on the appearance of land dwellers. Months passed and they lived their lives under the radar until a wrong decision caused them to be found.copyright protection57ＰＥＮＡＮＡaa4qNlvXeW

The couple made the mistake of going to a famed festival where they were discovered by King Meliòn the Bold. Without the proper documentation stating their business in this kingdom, the couple found themselves marked for death. To them such an extreme course of action seemed unwarranted but, nonetheless, something needed to be done to remedy their situation. Their faces were then plastered in many taverns and public squares in plenty of cities around the kingdom. On the front of wanted posters, high bounties were attached. Who knew their lives could be worth so much just for living in the wrong place at the wrong time. copyright protection57ＰＥＮＡＮＡYhvrW2lCoW

Unfortunately they were caught, but a daring prison break left them on the outskirts of Aryan, the capital of Zeaterra, with nowhere to go. They trekked to the nearest seaport, keeping to the shadows, and waited for nightfall. The only course of action left would be to steal a boat and make haste for someplace far from King Meliòn's reach.copyright protection57ＰＥＮＡＮＡKKkKFdXYmr

The boat they decided to take was not the biggest vessel but it was enough to get them a decent distance away from the land they learned was much crueler than the underwater realm they fled from in the first place. With stolen goods and food from merchants up and down the seaboard, their journey began.copyright protection57ＰＥＮＡＮＡweqc3v0FWX

Days passed and the couple was still sailing amidst the Cannoisian Tides before a raging tempest suddenly struck. They powered through and came to be on the Sanguine Straits soon after that. Many legends and myths told tales of epic proportions about heroes and fierce sorcerers battling along these waters. Arileh was taken in by the ambiance of it all, nearly missing a small island in the distance.copyright protection57ＰＥＮＡＮＡtlrxfYKLpD

"I thought I saw an island up ahead." She crossed the deck to get a better view. "Yes, there! Do you see it?"copyright protection57ＰＥＮＡＮＡ348ndzORhf

Deklyn kept steering passed the landmass. "I thought we were going to avoid land for a while..." he trailed off.copyright protection57ＰＥＮＡＮＡ03EgfurQr8

Just as the words left his lips, the island became clearer. It was strange. It was as if the entire isle was composed of a large dwelling place, more elaborate than anything they owned on land and in the sea.copyright protection57ＰＥＮＡＮＡoqi6jXLp0T

Knowing his wife would not let him hear the end of it if he didn't do as she requested, he steered the boat in the direction of the island.copyright protection57ＰＥＮＡＮＡ2e9AfssEJX

An hour passed before they finally reached it. Deklyn directed the vessel around the island to see just how big it actually was. Realizing that it was exactly the size he thought it would be, he secured a rope around a rock protruding from the waters.copyright protection57ＰＥＮＡＮＡhL42XtWg5l

Salty droplets fell from her eyes. "This is our escape. Thesperias, the god of creation and the dawn, heard our prayers. I am positive he led us to this place."copyright protection57ＰＥＮＡＮＡ6igl43yhax

"Do you really think so?" Deklyn asked. Thesperias the Magnificent. If this is indeed a gift from you, we are so thankful.copyright protection57ＰＥＮＡＮＡysEPIEMfzN

She ignored him and walked over to the small waterfall in front of the great house they would claim as their own. "This is the perfect place to start a family, don't you think? Away from all the corruption and madness of the land and sea?"copyright protection57ＰＥＮＡＮＡKTLpbMxR6h

She gave her husband a sly smile. "With children, my dear. Twins."copyright protection57ＰＥＮＡＮＡJk5OLE6Utf

Arileh giggled as she sat beside him, rubbing his back while she waited for him to wake up. Kíüe, goddess of fertility and the harvest, I thank and bless you.copyright protection57ＰＥＮＡＮＡob4MEl81aw