People Who Like This
#9
Dragulian
By Rhys A. Dagwood 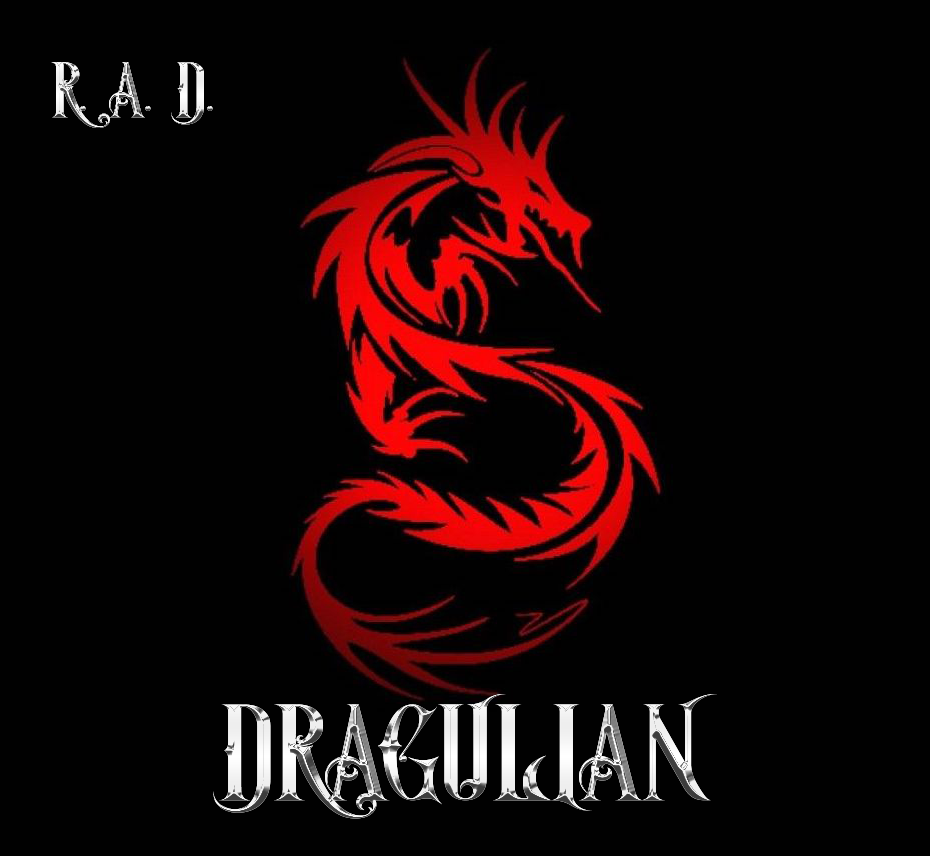 It is said that every blood moon, each member of the tribes of Dragulia transform and travel to Ludrion together to spend one Ermiyan year learning the ways of the dragon race. It is a tradition cherished by all dragulians, especially the shifters that make their home along the Tauherenikau River in Aotearoa. This particular tribe, the Tipéne Awa’Ata, prided themselves on being unique as they are the only ones with the ability to bend flames. It was a gift bestowed upon them by the elemental fire god, Taha’Rial, because of their continued worship regardless of them living in the earthen realm. They use these fire bending gifts during all elaborate celebrations, an integral part of the preparations for their journey to the home of the dragons.copyright protection103ＰＥＮＡＮＡp6C9OKBZq7

It was at this time that one of those festivals was currently happening and everyone was gathered around a great bonfire to hear Chief Opi Hakopoeira speak of the legends surrounding the origins of their race.copyright protection103ＰＥＮＡＮＡNdgE9isLpG

“Ahh, the Legend of Dragulia.” The chieftain stood and walked to the center of the crowd that had started to form. He raised his hands to the sky and began to chant.copyright protection103ＰＥＮＡＮＡ01BQ2fRT4W

The clans of tribe Tipéne Awa’Ata joined in with him until he reached a single finger into the fire behind him to capture a flame. He held the element in his hand and caused it to swell. It manifested into the form of a woman with dagger-sharp fangs. He then willed a fireball to grow from the palm of his other hand and it became a mighty dragon. As the chants from the crowd died down, he began to speak.copyright protection103ＰＥＮＡＮＡmpbnTWgKAI

“Before the Great Blood War in the northern realm of Ludrion, there was a Jeildraiyan vampire who fell in love with an Ermiyan dragon. Dragulia was one of the fiercest vampires from House Danu, a clan blessed with the ability to shift into any being and the affinity to perform elemental magick. While others from her house spent their time shifting into lycans, stags, and their winged vampire forms, Dragulia shifted into dragons. Most days she spent her time as a golden amphiptere soaring the skies, but one day she decided to try the sleek but powerful form of a great alabastrine dragon. She was in this form when she caught the attention of the dragon emperor, the mightiest of the Ermiyan dragons.”copyright protection103ＰＥＮＡＮＡxPNA5KQ628

Opi’s flame scene changed to reflect his words as he spoke. His audience in awe at the sight before them. The awesome beings they were descendants of were truly magnificent. As the orator continued the legend, the hearts of his people became filled with an overwhelming respect for their lineage and where they came from.copyright protection103ＰＥＮＡＮＡW7N6t5E0ss

“Dragulia came to pierce the barrier between the realms of the terra and that of the sky when she entered Ermiyas. It was scenic there, a heavenly reflection of the world she had come to know as her home. Her form was grand indeed, but she was slightly smaller than the emperor. It is one of the reasons why at first, she had not yet caught his attention while on his leisure flight through the Ermiyan skies. She was perched atop the Mountains of Mulraine, taking a sleep, when the large shadow of the emperor passed over her. She was completely out of his view. Only on his return flight did he finally take notice of the alluring dragon.”copyright protection103ＰＥＮＡＮＡDsjVdgrNIq

The audience watched as the emperor flew around the bonfire observing the mysterious aerial serpent before coming to perch on two other mountain tops because his sheer size took up that much area. They gasped when Dragulia shot a ball of frostfyre at the mighty emperor, causing the chief to laugh.copyright protection103ＰＥＮＡＮＡ6HH4MIg997

“Do not be surprised by her actions, she was terrified. How would any of you respond in her situation?”copyright protection103ＰＥＮＡＮＡ8idRuKFcIE

“Well, I would have tried to communicate with him!” A young girl from the tribe said.copyright protection103ＰＥＮＡＮＡxl0IBslFby

“Yeah!” Another exclaimed. “I would not outright attack him for no reason! That is just plain rude.”copyright protection103ＰＥＮＡＮＡJVtHaUUqCU

Chuckles could be heard from the elder members of the tribe for the children saw things as they were and spoke with pure honesty.copyright protection103ＰＥＮＡＮＡ2p5ZSyNSEh

“Very well, you all can tell her that when you meet her after your eternal sleep.”copyright protection103ＰＥＮＡＮＡWFw2E8o52n

The scene changed again and the emperor sent a large fire blast of his own into the air right above Dragulia, a warning shot of sorts.copyright protection103ＰＥＮＡＮＡjA3jlDc18I

“She was surprised that the enormous dragon took this approach and decided to yield, knowing that the next target for a fireball would be her. She lowered her head at a submissive angle exposing the soft part of her flesh. He acknowledged her gesture with a snort of acceptance before widely opening his jaws. He began to sing. A hauntingly beautiful song with melancholy low tones and vibrant high notes. It captured Dragulia’s heart fairly quickly. You see, when a dragon sings he is trying to attract a mate and if the sentiment is positively received, a dragon song is sung in return.”copyright protection103ＰＥＮＡＮＡgnd7GoP2MR

The emperor dragon of bonfire flame perked up as Dragulia’s form began to sing. Where his song sunk low, hers went high. The exact opposite of his. The tribe members seemed to hum along softly with their ancestors in harmony as Hakopoeira continued with the legend.copyright protection103ＰＥＮＡＮＡQTj3Z15p7x

“Because of her actions, she found herself to be mated to a dragon and when they knew each other... we, the descendants of dragons and vampires, were born.”copyright protection103ＰＥＮＡＮＡeu895AEjWA

The rumble of stomping feet could be heard as the chief concluded his retelling and the chanting began once again.copyright protection103ＰＥＮＡＮＡEAbzEJOf3S

The chief was then joined by his wife, the shamanka of the tribe, Ahua’Iti Hakopoeira who blessed the bread and drink that was prepared for this part of the festival. The time for oral traditions would come again after sustenance was consumed and everyone had their fill.copyright protection103ＰＥＮＡＮＡbymHQmjIzw

“Shamanka Hakopoeira, will you regale us with the tale of Count Dracula?” The same young boy from earlier asked. He was a precocious little thing, always thirsting for knowledge before those of his age group had even thought to inquire of such matters.copyright protection103ＰＥＮＡＮＡ1BBLviH9sb

“Hmmm, what makes you believe it is a tale and not a legend?”copyright protection103ＰＥＮＡＮＡhHm0y2p1Fn

“Contrary to popular belief Count Dracula, or Vlad the Impaler of House Tepes as he is actually called, is not the source of the legend humans love to tell to this day.”copyright protection103ＰＥＮＡＮＡFQSA1D1UiC

“Really?” Another young tribe member asked. “Then who is the cause?”copyright protection103ＰＥＮＡＮＡLtt3ZYKqDe

“It was the year 1531, near the end of Vlad VI Înecatul’s reign, that a lowly servant and his family pledged their allegiance to House Tepes. The man and his loved ones were fleeing persecution from a threat unlike any other. You see, the man came from a world vastly different from Earth. A world where magick flowed through any and all things. A world where dragons soared the skies and even in the hell realm below. The same place where our ancestors hail as supreme beings. Yes, the man and his family were of the same blood as these aerial serpents but there was something peculiar about these creatures. While they were still blood drinkers, they had been blessed by the gods of Ludrion to take flight with wings the span of thousands of fields and breathe fire so hot that getting too close would scorch your very soul. Making them different from vampires and dragons alike, yes, but also the same. You see, they were but a mix of the two.”copyright protection103ＰＥＮＡＮＡYDFBMkzKBA

“Woah, just like we do!” The first young boy exclaimed.copyright protection103ＰＥＮＡＮＡwaQX4zw4MA

“That family took on the name of their ancestors and became known as House Dragulia. They are the first of the dragulian race to settle on earth and birth the many tribes strewn across this world. But they are not the only ones who fled to Earth in search of a safe haven to call home.”copyright protection103ＰＥＮＡＮＡfNEmy7mz3N

“I can’t believe it.” The young ones sat back in bewilderment. “But how does the legend come into play?”copyright protection103ＰＥＮＡＮＡRoMOK9g4FO

“It was after a long banquet where Vlad became extremely overcome by ale that he had the urge to take his horse out for a quick gallop. Instead, he rode for a nearby village. Unbeknownst to him, he was being followed by one of the servant’s younger daughters, one who had become increasingly obsessed with the barbaric earthen ruler. As the man bent his head to take a drink from the everflowing waters, the girl attacked him and drained him of his life force through his blood. Young Vlad did not drown as the scene he left behind would suggest. He was transformed, something that no one of our kind ever fathomed could be done before. He took swimmingly to the change but, while he couldn’t shift into the magnificent dragon form of his maker, he did shift into a lesser being. A wyvern, often confused with the bat-like figure by any who saw him flying in the skies at night before he took their lives. Grateful to the young Dragulia for giving him the gift of eternal life, he pledged his life to her in return. She took him as her husband, bound him by blood, and the two lived in the shadows for the rest of their days. It is said that you can still hear the two of them laughing together in the night as they chased each other all throughout that ancient citadel they called home in Wallachia.”copyright protection103ＰＥＮＡＮＡfEvTvxVCE3