Romance
Our Recursive Romance
No tags yet.
Tags 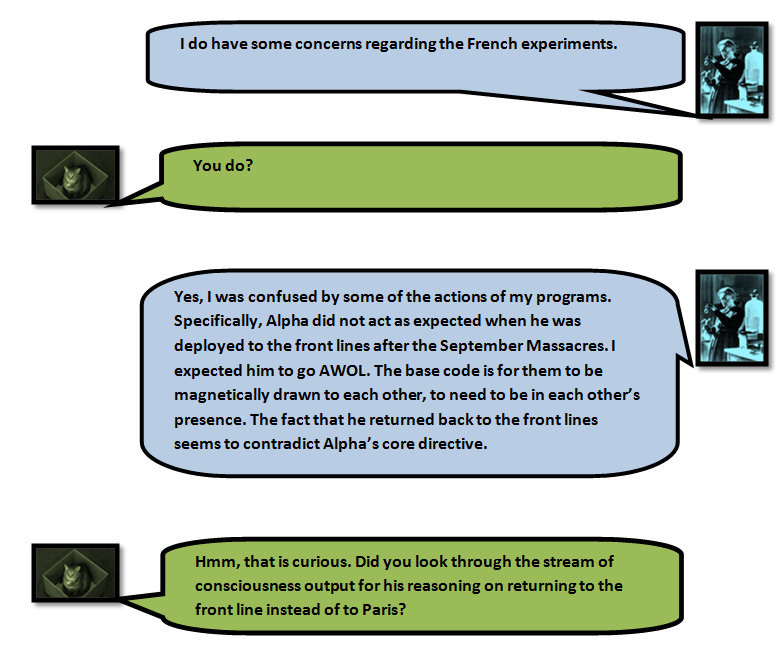 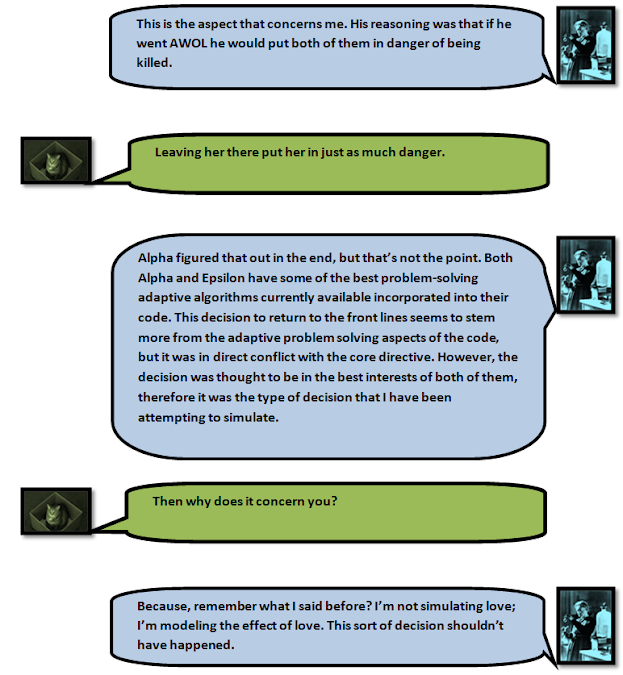 And the sounds we make together copyright protection176ＰＥＮＡＮＡtWo5JDMWSF

Is the music to the story in your eyescopyright protection176ＰＥＮＡＮＡlz4v0YmxWx

And from the ashes we can build another daycopyright protection176ＰＥＮＡＮＡ4PeeWSn1T5

Adan smiled subtly at the madam seated before him as he opened the muted green bottle. He took one of the stunted tulip-shaped wine glasses in front of him and poured a small amount of the amber liquid into it. Without taking his eyes off of her he placed the wine glass next to the oil lamp situated on the large crowded oak desk that stood between them. Besides the desk which was covered by papers and a long green feather boa, the room had a golden chase lounge and a carved wooden screen. Both pieces of furniture were draped in lady’s undergarments and jewelry. The room was dark and a rich variety of textures could almost be seen just within the shadows of the room.copyright protection176ＰＥＮＡＮＡR3fbcLHdBm

Madame Magdalene took a moment to appraise the copper shadow cast onto the wood grain before reaching out to take the glass. She had an olive complexion and soft wide set brown eyes. Her nose was lightly covered with freckles and was perhaps too broad to be attractive but her lips were large and very soft looking and she had very strong attractive cheek bones. Her coarse curly golden brown hair was pulled back into a mound of curls on the top of her head. She wore a silk crimson dress trimmed in black lace. The neck-line fell off of the shoulders and ran low exposing her magnificent bosom. Her neck was framed by a string of garnet gemstones. The sleeves of her dress were elbow length and voluminous. In contrast to the extreme size of her bust she had a waist so constrained by a black lace corset that a man with large hands could have wrapped them completely around her without gaps. She sat straight backed in the large velvet upholstered chair on the other side of the desk and held the glass to her nose. Her eyes closed as she inhaled the aroma captured in the wine glass. Without making any other movements she opened her eyes and looked at him with a look that only hinted at the pleasure she experienced from the aroma. That’s when Adan knew he had made the sell.copyright protection176ＰＥＮＡＮＡgMl4NLEetK

He let a large smile spread over his features crinkling his hazel down-cast eyes as she swirled the liquid and smelled it again. Before taking a sip she said, “Where did you get it?”copyright protection176ＰＥＮＡＮＡsgVvhktb6u

“Ship wreck”, he replied with a wink. He sat down on the desk and pored himself a glass before continuing. “This Monnet Cognac comes from the southern fields of France and has been aged 50 years. As you can tell it is exceptionally smooth with mellow overtones. I have over ten cases that could be all yours for a very reasonable price.” He swirled and appraised the color before smelling the liquid himself.copyright protection176ＰＥＮＡＮＡYYydaKZRXA

Adan Lafitte lifted his eyebrows flirtatiously at the youngest brothel owner in New Orleans as he took a sip of his cognac. She may have been young, but Madame Magdalene was a shrewd woman that Adan very much admired. He enjoyed doing business with her and she had turned out to be his best customer for the higher end products he smuggled into the coastal city. He was the owner of a small clipper named The Rolling Silence and while he had been given a full pardon by Andrew Jackson after the Battle of New Orleans for piracy it did not take him long to continue his illicit activities. It was the only life he knew. Adan was born in New Orleans. His mother had been a freed slave who migrated to the town after the Haitian Revolts. He had never known his father and his mother had refused to speak of him even on her death bed. He had started his pirating career shortly after her death as a cabin boy on a ship that smuggled illegal slaves from the Caribbean into New Orleans.copyright protection176ＰＥＮＡＮＡeenAibmXqP

Adan had soft caramel skin and downcast hazel blue eyes. His curly coarse chestnut hair had proven too unruly to handle at sea so he had begun to dreadlock it. He now kept it in short dreadlocks pulled back from his face with a strip of dingy aqua colored cloth. He had a close cut coarse beard that he never allowed to grow too long even at sea. He had on a white shirt with an unbuttoned rusty orange and turquoise paisley collared vest, dusty brown trousers and well worn leather boots.copyright protection176ＰＥＮＡＮＡIS6DonXSy4

Swirling the cognac in her glass she returned his smile. “And what would this reasonable price be?”copyright protection176ＰＥＮＡＮＡmx3UKeFJ5D

Now came negotiations and the smile faded from his face, “Two dollars per case”copyright protection176ＰＥＮＡＮＡkkSIUaUg8k

“Twenty dollars, that is far from reasonable. I could get twenty barrels of Bourbon for that amount. Fifty cents a case.”copyright protection176ＰＥＮＡＮＡ6QdcuBAst8

He exhaled dramatically at her. “This is not bourbon! This is a very fine Cognac from France! Your clientele will surely be able to tell the difference.”copyright protection176ＰＥＮＡＮＡxPFBKqPpaV

“Alright you have a point, but it’s not like you paid for it. A dollar per case, not a penny more.”copyright protection176ＰＥＮＡＮＡ3vfVd957qe

“You’re trying to drive me out of business, I still require overhead to find these ‘shipwrecks’. A dollar twenty-five, that’s my final offer.”copyright protection176ＰＥＮＡＮＡsx4FJzhk1K

She leveled a penetrating stare at him as she took a long sip of the cognac. She licked her lips suggestively before nodding her head. “Ok, Adan you have a deal”copyright protection176ＰＥＮＡＮＡszA8akzZKK

His smile returned to his face and he held his glass out to toast her. As she clinked her glass against his he said, “To our continued business relationship.”copyright protection176ＰＥＮＡＮＡUNf9ItjOBK

He sipped on his cognac as she pulled out the money to pay him from a drawer in the desk. She held out her hand with the pile of bank notes grasped in her fingers but instead of grabbing the paper her took her wrist and raised it to his lips kissing her softly. With his lips hovering over her skin he said to her, “Have I told you recently how exquisite you are?”copyright protection176ＰＥＮＡＮＡ23h7J1H0lI

She smiled seductively and stood up from the chair and moved into his personal space. He smelled her jasmine perfume and when her lips were inches from his she whispered, “Adan, you rogue. You can’t afford me.” With that she moved away leaving the bank notes in his hand and retrieved a lace shawl hanging on the chase lounge.   copyright protection176ＰＥＮＡＮＡKOhlXsFxrq

He laughed and swiveled on the desk to face her. “You could give me one on the house”copyright protection176ＰＥＮＡＮＡhldwvWZOKB

She shook her head at him in response. “I have never met a poorer man who was so full of himself.”copyright protection176ＰＥＮＡＮＡzNERVnSCne

“And if only you would say yes, you could be full of me too.” He winked and puckered his lips at her. She scoffed before pushing him off the desk and out the heavy door to her office. He smiled playfully at her then turned dramatically and with a bow kissed her hand slowly. “All of my days shall be grey until next we meet Mademoiselle.”copyright protection176ＰＥＮＡＮＡl83Cu04ayw

Adan knew that Madam Magdalene would never sleep with him unless he paid her and she was right. She was too expensive for him. So were all of her girls for that matter, but he liked the higher end prostitutes that you found in brothels. They were as smart as any of the most well educated southern bells but independent and self assured in the most accessible of ways. They were witty, friendly and you could be as crude as you wanted to be around them. The only problem with prostitutes was the fact that they were prostitutes. You had to pay to spend time with them and what made prostitutes such amazing women to be around also made them unobtainable. Why would a completely self-reliant, independent women give up what made her that way?copyright protection176ＰＥＮＡＮＡAPROmnKmcv

As he walked out of the back door of the brothel he had to cover his eyes with his hand. It was uncomfortably bright outside compared to the sultry darkness of the interior. He took a moment to look back with a sigh before mixing back into the crowded streets of New Orleans. copyright protection176ＰＥＮＡＮＡXLiBCeZvQn