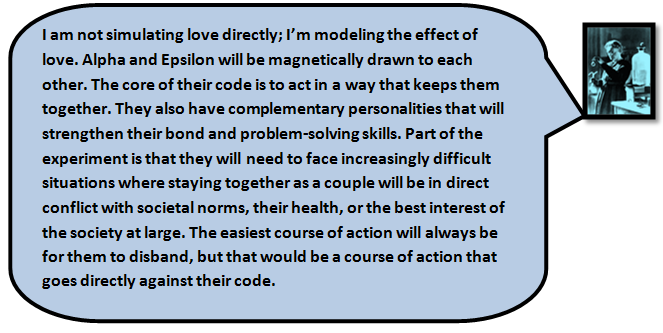 How to be Brave, How can I love8964 copyright protection410ＰＥＮＡＮＡjVXVIreqih 維尼

All of my doubt suddenly goes away somehow8964 copyright protection410ＰＥＮＡＮＡIpCdx47LjO 維尼

Adamo rubbed the fatigue out of his fingers as he reclined back into the cushioned chair. After visiting the construction site earlier in the afternoon, he had returned to the villa of the local proconsul, Brutus Aurelius, to finish the plans for the dam and subsequent aqueduct that would supply the fertile southern slopes of the Pyrenees with much-needed water. The mob of Rome was large and required produce to feed the masses. The senate had sent him to the northern reaches of Spain to help design and supervise the growing infrastructure of the area that would contribute to the ever-increasing needs of the Roman Empire.8964 copyright protection410ＰＥＮＡＮＡoXJqEjJK10 維尼

His eyes crossed as he once again looked over the Iturranduz plans. The survey of the site had discovered limestone near the proposed foundation. While limestone could be a great building material—Florence had been built almost exclusively with it—limestone and water never went well together. It would only be a matter of time before water would find its way out of the reservoir and burrow its way underneath the dam, undermining the foundation.8964 copyright protection410ＰＥＮＡＮＡMQYAwvA78W 維尼

He sighed and reached for his cup of wine. He brought the cup to his lips without removing his eyes from the plans, only to notice that the cup was completely empty. With a grunt of frustration he reached for the pitcher, only to find that he had emptied that as well. In irritation he yelled for more wine and ran his fingers through his dark chestnut hair. While in Rome he had kept his hair meticulously in order with the fashion standards of the aristocracy. One needed to look the part when the ruling class was putting large funds at your disposal in order to create the wonders of the Roman Empire. However, since coming to Naverre he had ignored his hair and let it grow long and unruly. It had begun to curl uncontrollably around the edges; he played with the ends as he waited for more wine and thought about tomorrow morning’s to-do list.8964 copyright protection410ＰＥＮＡＮＡNFCEGBj5Fz 維尼

Adamo was a lean man with down-turned hazel eyes. While he always thought he was fairly unassuming at first glance, he was dangerously charming; the combination of his mischievous eyes and dimpled full-tooth smile made him one of the most sought-after engineers of Rome. He was about to yell again for the wine, growing irritated with the wait, when a serving slave entered the room he used as an office. She entered wearing the drab robes of a serving slave, which were clean and well-kept but obviously of low quality.8964 copyright protection410ＰＥＮＡＮＡiud35PQpnC 維尼

“Finally, I was…” Adamo began, but stopped as he looked up into the slave’s face. Her hair was pulled into a simple bun high on her head; she kept her face down, but as he trailed off she looked at him through her eyelashes. Her eyes were almond-shaped, wide set, and a golden brown that burned with a self-assured fire rarely seen in slaves. It took his breath away—he was immediately confused by the reaction. Under his gaze she lowered her eyes automatically and poured wine from the pitcher she had brought with her into the cup in his hand, then set the pitcher down, gathered the empty pitcher and left as quickly as she had entered. She had attended her duties quickly and quietly and normally he would not have given a second glance to any slave of the house, but he found himself watching her leave the room as if she were escaping from him.8964 copyright protection410ＰＥＮＡＮＡpVQXMFENvx 維尼

Her neck had been long and graceful and he had followed that line down along the curve of her back to hips which were as wide-set as her eyes had been. The short encounter had left him distracted. He had left his wife back in Rome and he had not had the pleasure of female company since he arrived in Spain. Perhaps he would speak with Brutus, the master of the house, about securing that particular slave for a trip to the inner bath chamber hidden in the core of the villa. Just as he had finished the thought Brutus entered the room in a swirl of cloth; the smell of jasmine covered the normally rancid odor of the overly large man.8964 copyright protection410ＰＥＮＡＮＡeS3eLPgysU 維尼

“Good evening Adamo.… How go the plans?” he said with a flourish. Adamo sighed, knowing that the day’s work would now come to an end as he set about the required daily schmoozing of Brutus Aurelius, who would host him while he was here furthering his career. Adamo never cared for this part of the job, but it was a requirement and, despite his dislike, it was a part of the job that he was really quite good at. He lounged easily with his host and grazed on cheeses and fruit and discussed their plans for the future of his district.8964 copyright protection410ＰＥＮＡＮＡoIGkt9JfW6 維尼

“We must not delay this any further. I foresee a splendid bath house that will be the envy of Rome, and I think we should start the construction of it immediately,” Brutus said. He paused long enough to take a sip of wine, at which point he narrowed his eyes and forcefully swallowed down the wine in his mouth. “Uggh, I no longer relish the taste of this red, I require something sweeter. Bring me the new batch of sangria,” he declared, seemingly to the marble on the ceiling.8964 copyright protection410ＰＥＮＡＮＡN5m8hHBCnV 維尼

The villa had ears everywhere, and they were always in tune to the master’s voice; it did not take long for a slave to appear with a pitcher of the requested vintage. Adamo turned to see the slave he had noticed earlier, and he remembered that he had wanted to make a request of his host. The slave stepped quickly up to Brutus and offered a cup of the new wine, then went to the table to collect used dishes. Adamo’s eyes followed her silently as he listened to Brutus' voice continue. 8964 copyright protection410ＰＥＮＡＮＡEfjygfVCly 維尼

“The bath house will signal that this province is civilized.”8964 copyright protection410ＰＥＮＡＮＡxoJdzBuc7y 維尼

Paying Brutus little attention, Adamo looked the slave girl over more carefully this time. Her hair was a deep chocolate brown and her skin was paler than that of the local Spaniards’. She had a very symmetrical heart-shaped face, unblemished save for a single large freckle on her left cheek, which added an interesting asymmetry to her features. She had a medium-sized bust, but a small waist and large ample hips made up for the fact. The slave had walked around the back of the table to pick up an old wine glass. With one hand she picked up the used dishware and with the other, she rubbed her fingers over his plans for the Iturranduz site.8964 copyright protection410ＰＥＮＡＮＡM7nHrh71RU 維尼

Keeping his attention on the girl, Adamo said absent-mindedly, “Yes, the bath house will be the jewel of the province. It shall be grand indeed. But it would be a useless husk without the proper water and drainage. The aqueducts and dams must come first.”8964 copyright protection410ＰＥＮＡＮＡS4KwklfpMD 維尼

He watched as the slave girl looked over his plans. It was then that he noticed her eyebrows rise in amusement. It was a subtle movement but one that for some reason spoke volumes to him. She was laughing at his drawings. The entirety of his attention now burned in her direction and he barely registered his host continuing the conversation. She felt his eyes on her and she looked up to find him leveling her with a look of increasing venom. In that moment all of the humor evaporated from her eyes and she returned his stare evenly with a tight-lipped expression, waiting for his response. He creased his brow in an unspoken question, “What is so funny?”8964 copyright protection410ＰＥＮＡＮＡD6e3UN6ubF 維尼

She turned her face down and looked up through her eyelashes with wide soft eyes. A slight pout turned the edges of her mouth down and she slightly shook her head in the negative, silently saying, “I wasn’t laughing at anything. I’m just a slave doing her job.” It was very convincing, but somehow he knew it was an act.8964 copyright protection410ＰＥＮＡＮＡY1DzIkm0EJ 維尼

He narrowed his eyes and nodded his head in a fashion that said, “We both know that is not true; answer the question.”8964 copyright protection410ＰＥＮＡＮＡOuvYt4PcCB 維尼

At that, she pressed her lips together and worry crept into her eyes. This time when she slightly shook her head at him, it was a plea, “Please don’t do this.” The honesty of such a simple act struck him and suddenly, he didn’t care anymore.8964 copyright protection410ＰＥＮＡＮＡM7iSJcrmTT 維尼

He surveyed her face, finally resting on her eyes. He decided he would question her about it later, so he nodded, giving her permission to leave. She was, after all, only a woman, and a slave at that. He was sure that he would find the exchange amusing as he questioned her. He imagined her squirming nervously under his gaze. He would make her repent and then thank him for his mercy.8964 copyright protection410ＰＥＮＡＮＡthlfoTKC0T 維尼

As the thought lingered, he turned his attention back to his host. “I have contacts and I will be bringing in the best artists to start on the reliefs by the end of the year, so I’ll expect some work done by then,” droned Brutus, unaware of the silent exchange between his guest and his servant.8964 copyright protection410ＰＥＮＡＮＡ9wZ37iHPSb 維尼

Adamo nodded attentively and responded; “Of course. The work will start very soon.” He then cleared his throat and added, “I have a request of you.”8964 copyright protection410ＰＥＮＡＮＡJE8rDAEdUR 維尼

“That slave that was just in here. If you do not mind, I would like her to assist me with my bath tonight…” He paused for emphasis, “in the inner bath chamber.”8964 copyright protection410ＰＥＮＡＮＡv2pWc09cRJ 維尼

Brutus raised his eyebrows at him. “She is a simple house slave. If you wish, I could bring in a pleasure slave for you instead. A pleasure slave would be better suited to the task, I think.”8964 copyright protection410ＰＥＮＡＮＡLkKnU0PXEw 維尼

“No thank you, that won’t be necessary. I think she would do just fine.”8964 copyright protection410ＰＥＮＡＮＡz0KXksn90t 維尼

Brutus shrugged and said, “I understand, my friend. All of the pleasures of my house are at your disposal while you are here. I will see to it personally.”8964 copyright protection410ＰＥＮＡＮＡlCacYrXDhT 維尼