Anon asked: If Kishi stuck to the version of villain Itachi - what do you think would be Itachi's r

If Kishi stuck to the version of villain Itachi we were introduced in the beginning- what do you think would be Itachi's reason to turn evil and kill the clan?8964 copyright protection84ＰＥＮＡＮＡAlqSeSHD5l 維尼

Itachi was always evil, wasn’t he? I don’t understand; what does he need to do to be called evil? I get Kishimoto’s masturbatory affair with Itachi, but the readers don’t have to get baited. I’m not even asking anyone to dislike his character. You can like any character you want. Even Danzo. I don’t hate Danzo as a character. He’s pretty well written, but I can’t say that he’s a good guy. What I don’t understand is that people say that Itachi’s a good boy. How? Why? When?8964 copyright protection84ＰＥＮＡＮＡh6WCCncvcK 維尼

I made a detailed post here about him that covers your question in great detail:8964 copyright protection84ＰＥＮＡＮＡpnhW1YnZSe 維尼

He killed children, tortured his own brother, killed his parents in cold-blood, and in the end, he was not even slightly remorseful: 8964 copyright protection84ＰＥＮＡＮＡ0pl50jkLbf 維尼 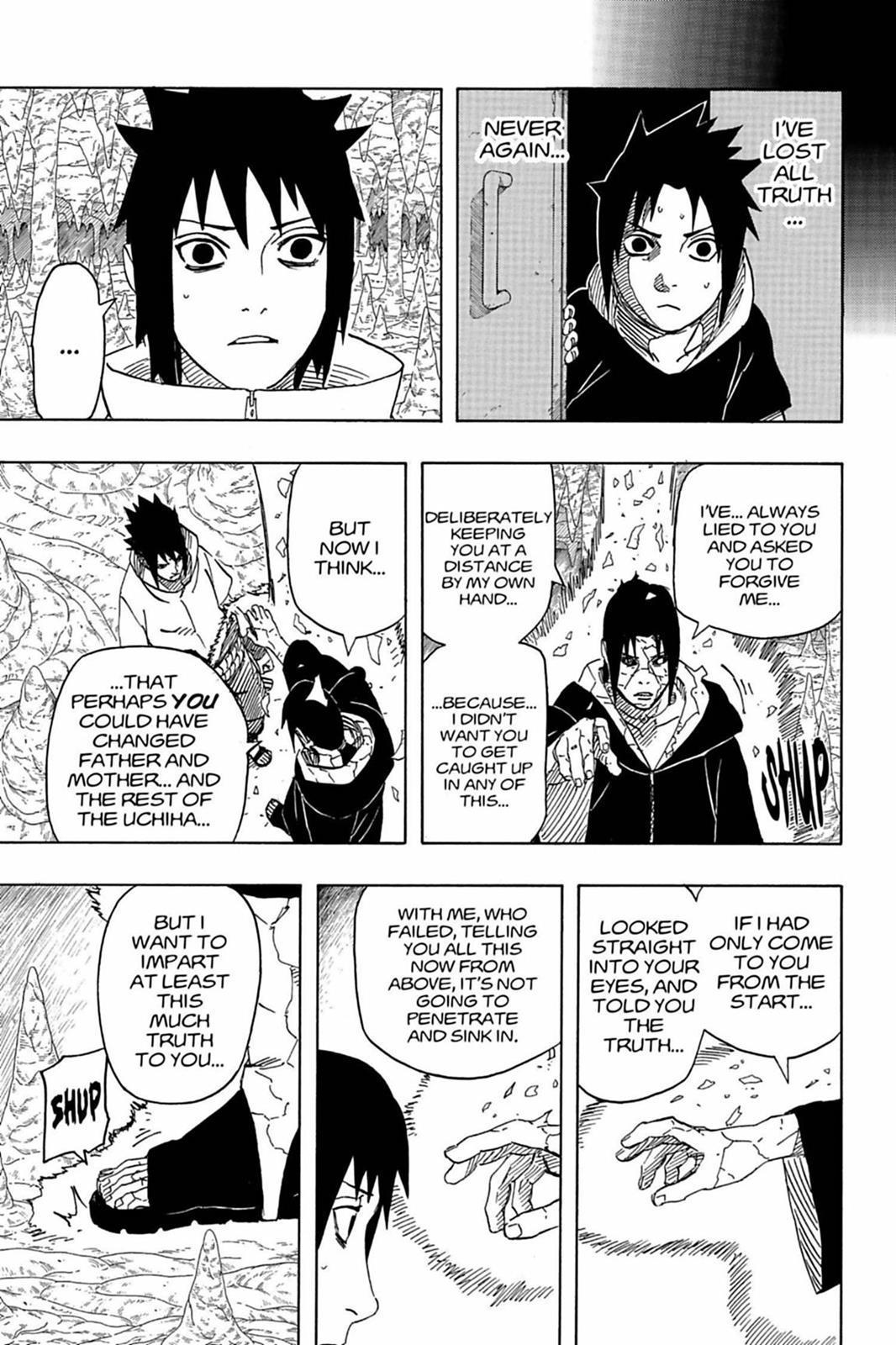 Even after death, he’s set in his beliefs that the Uchiha could have been changed through Sasuke. He never says, even in his final farewell, that I needed to change. He knew everything about the clan’s segregation: they were re-located in Tobirama’s time and were continued to be pushed outside the village way before the Kyubi attack ever took place! 8964 copyright protection84ＰＥＮＡＮＡ7i8DqhFYE2 維尼

Tobirama literally uses the “othering technique” that  Ian Haney-Lopez called the “dog whistle” when he calls Uchihas “The Cursed Clan”, “A Clan Affected by Evil”, and “Clan with a Curse of Hatred”.8964 copyright protection84ＰＥＮＡＮＡmON4nDZTny 維尼

The language being used by many national leaders not only activates people’s anxiety and fear around a perceived Other, but it also creates new processes of exclusion and dehumanization.”8964 copyright protection84ＰＥＮＡＮＡBGJxABheHC 維尼

“People don’t just figure out on their own that collectively they need to be afraid of another group. Leadership plays a critical role. Often people who have been living with one another for years are made to feel suddenly that those differences have become threatening.”8964 copyright protection84ＰＥＮＡＮＡ7yWzEN7HhL 維尼

“The stories we tell and live, are not about facts but our values, fears, and hopes – all of which, to a certain degree, are malleable. Our narratives don’t just reflect them, they also shape them. While anxiety about change is natural, Othering is not. Othering is socially and culturally constructed.”8964 copyright protection84ＰＥＮＡＮＡVldQd098Yv 維尼

This is Exclusion and Dehumanization, and Itachi was fully complicit in this. Why would Itachi disrespect his clan in front of his father and others when he’s supposed to be undercover? Don’t you think it’s a foolish move? It’s that he firmly believes in everything he said. 8964 copyright protection84ＰＥＮＡＮＡLiaMu4Yysb 維尼

He didn’t know that his parents had no hand in that conflict? Of course, he did! He was his father’s best son, and the clan’s best agent. He was invited to all of the secret meetings and took part in all of the clan’s secret missions. That’s why he was able to tell Sasuke about the secret meeting place before he left. Remember? He could’ve told the council that the clan never planned the attack. Why didn’t he? 8964 copyright protection84ＰＥＮＡＮＡ8uRhCZts60 維尼

Why didn’t he see any red flags that Danzo stole Shusui’s eye when he tried to do something about the coup? I can go on endlessly here that Itachi isn’t a good person by any stretch of the imagination. He’s damnably evil!8964 copyright protection84ＰＥＮＡＮＡRsFP0GmImf 維尼 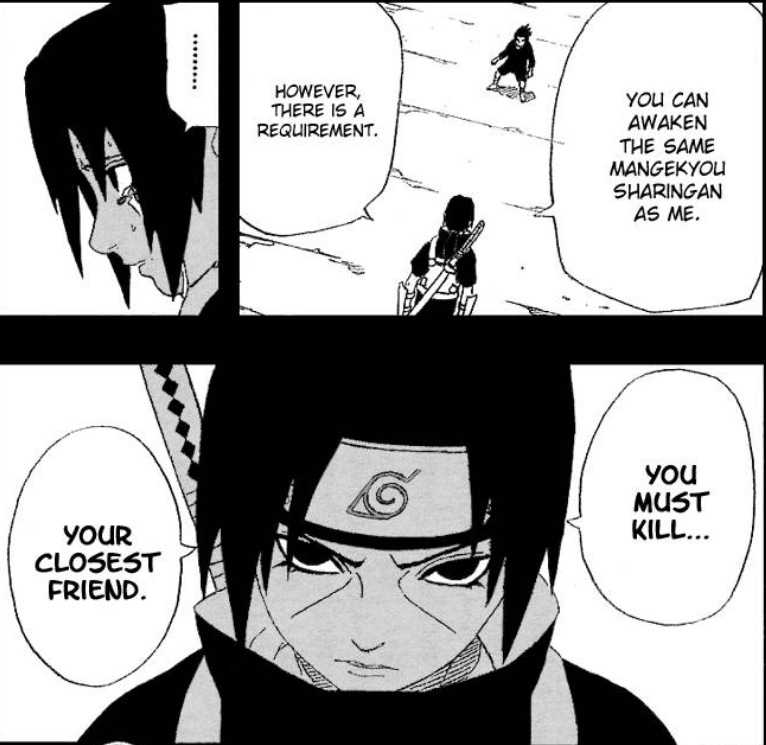 He’s asking Sasuke to kill the Leaf’s weapon. Do people even know that Sasuke, under the influence of the cursed mark, actually did kill Naruto?8964 copyright protection84ＰＥＮＡＮＡ95R9NbimvJ 維尼 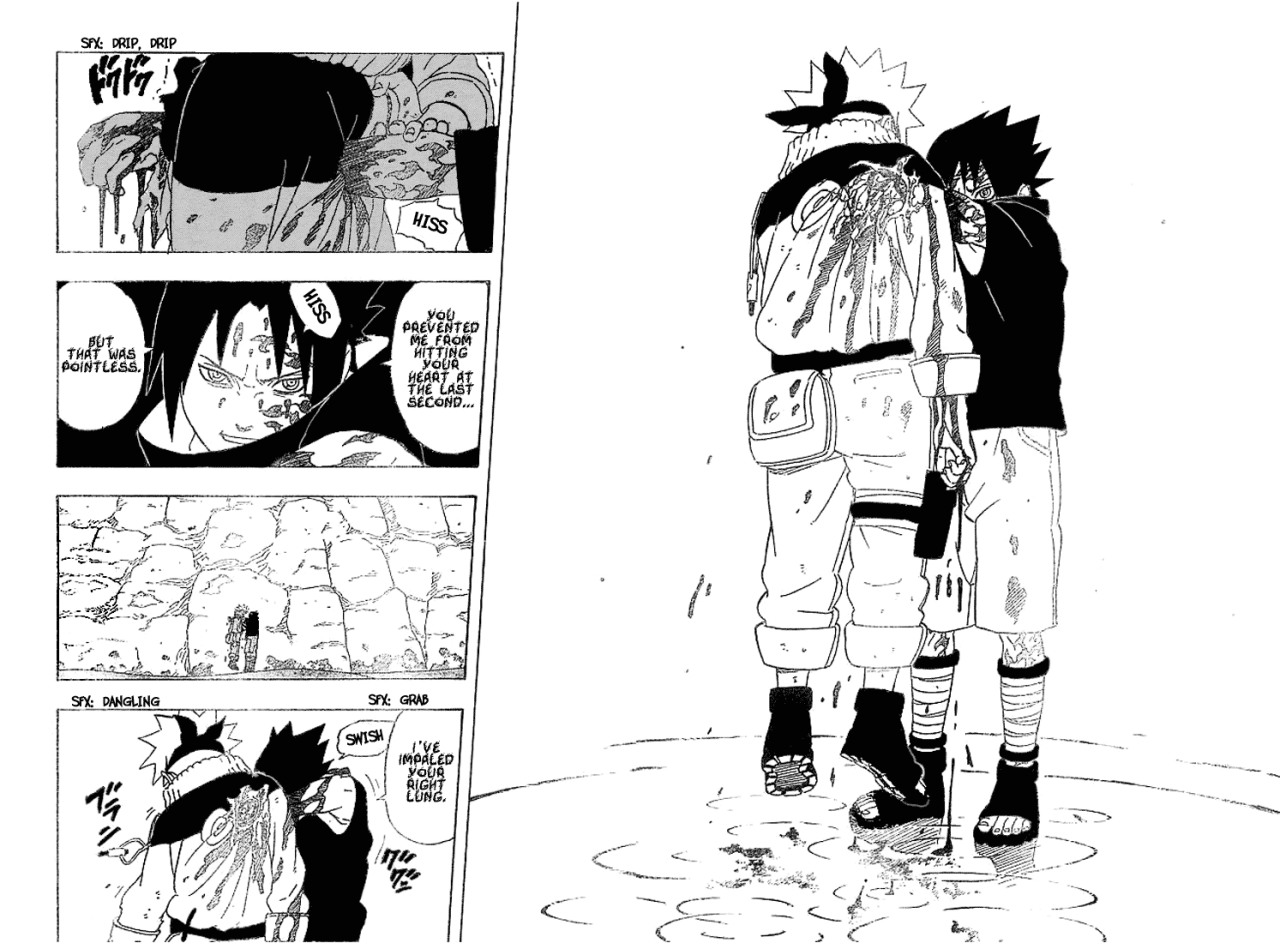 He aimed for Naruto’s heart, but Naruto re-directed the blow at the last second! And we know for a fact that Kurama can’t heal if the heart or its surrounding tissues that contain the chakra network are destroyed in any manner:8964 copyright protection84ＰＥＮＡＮＡ9bcOYFphyN 維尼 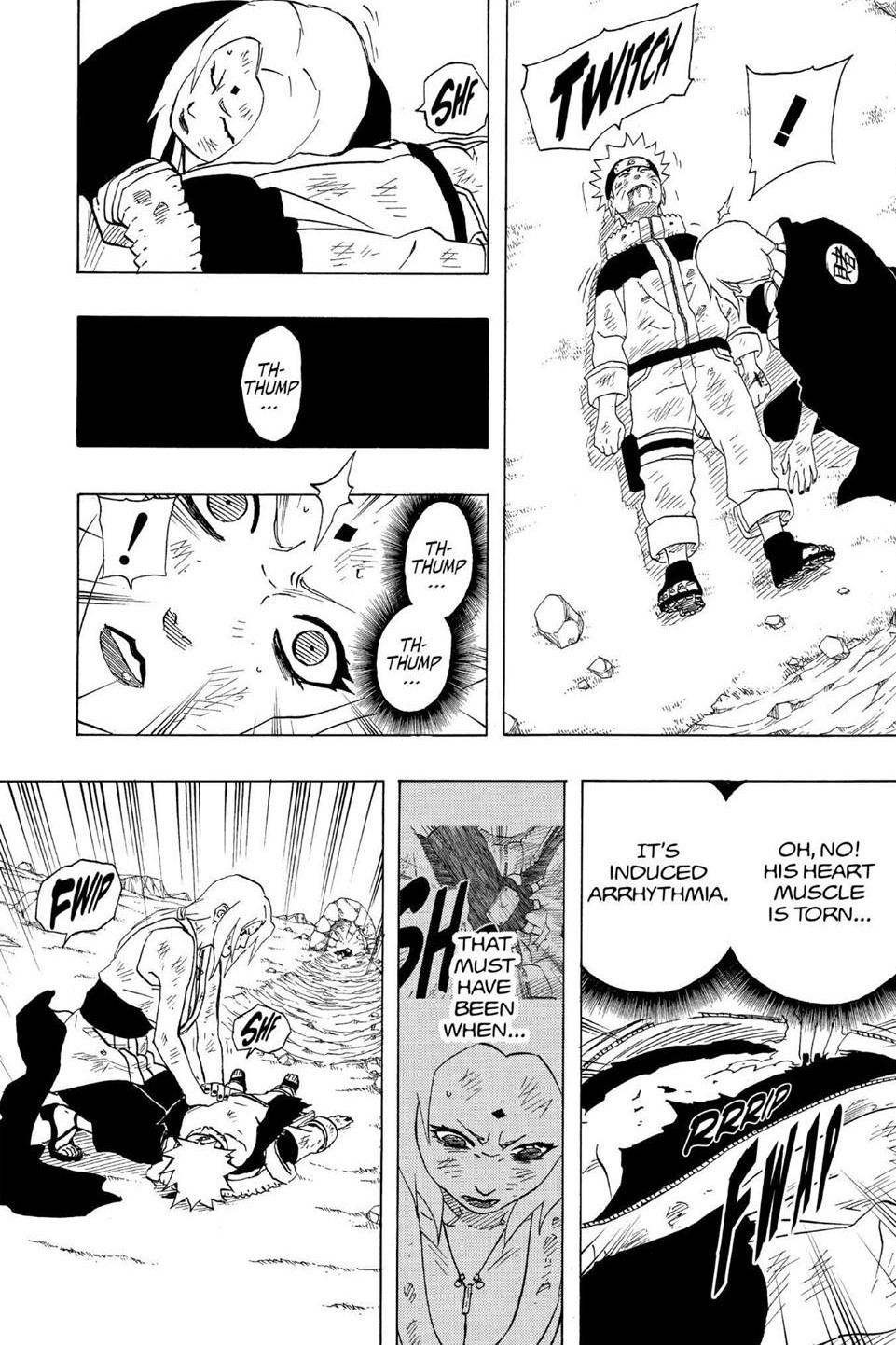 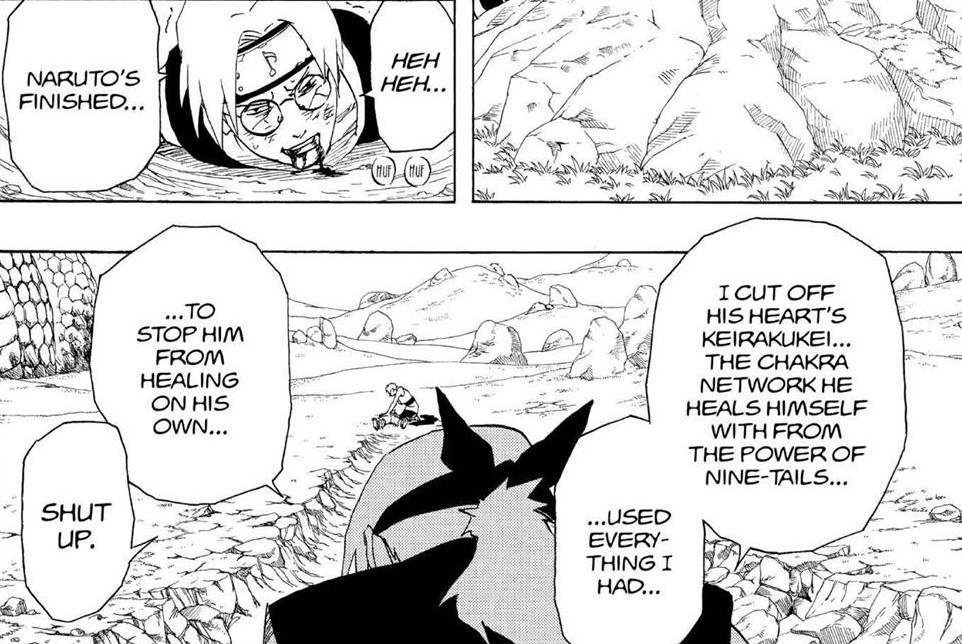 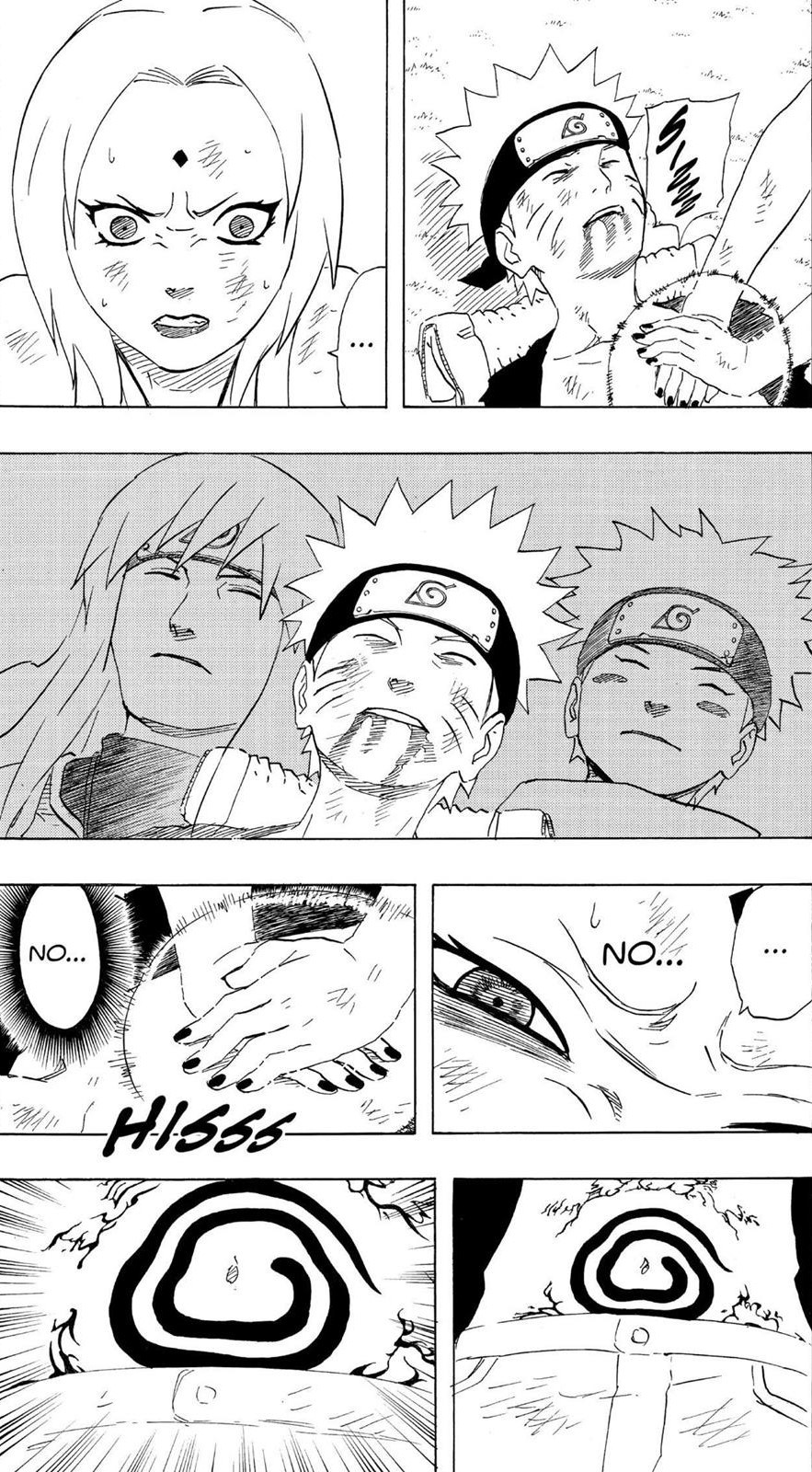 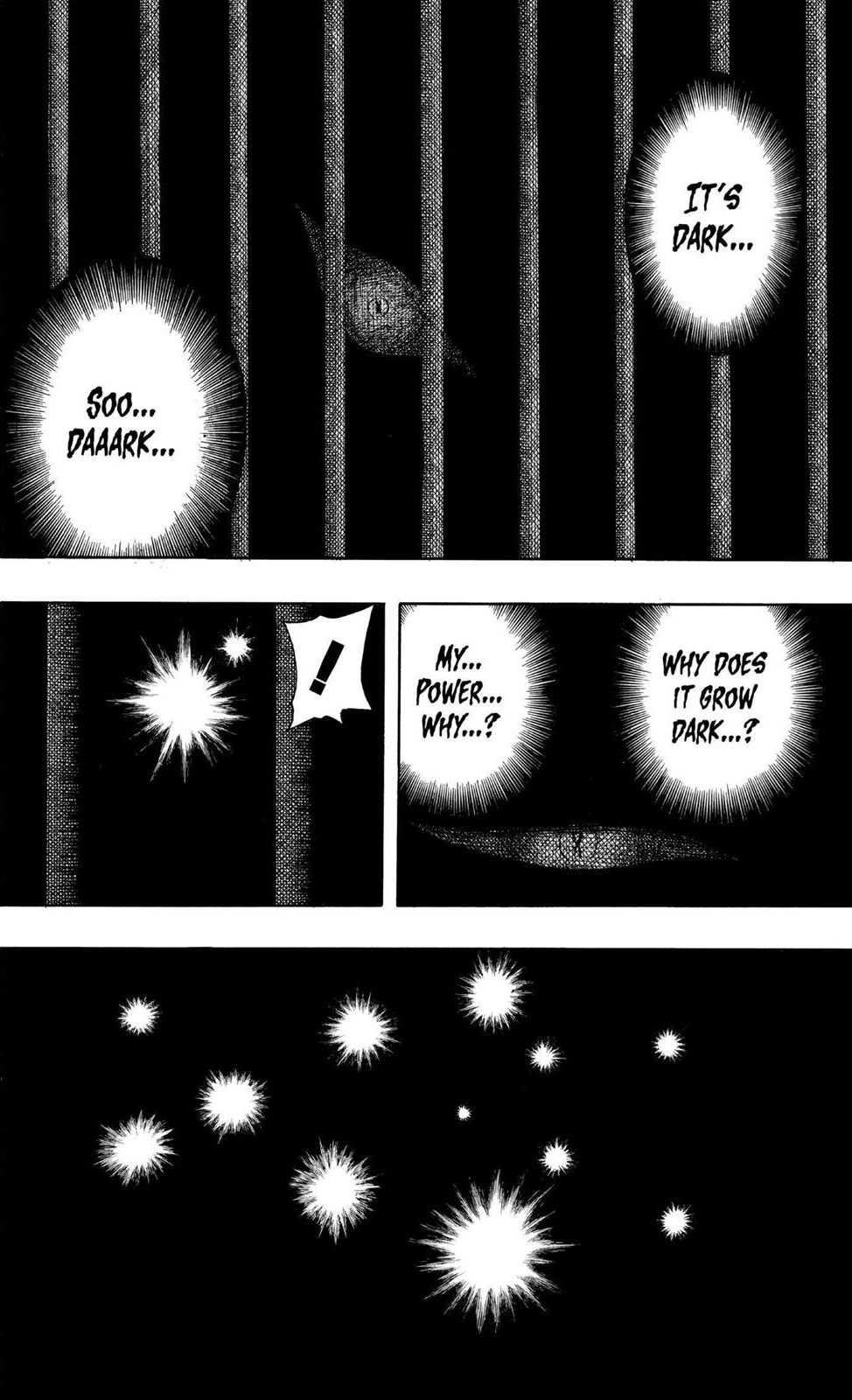 Naruto survived only ’cause of Tsunade’s talent; otherwise, he was done for here! So Itachi basically told his brother to kill a Jinchuriki? Sasuke didn’t know what Naruto was. So it’s not his fault, but Itachi did. Kurama’s the whole reason why this mess even escalated!8964 copyright protection84ＰＥＮＡＮＡRSKlEDENG7 維尼

So he told his brother to commit High Treason, from which he wouldn’t have ever been pardoned as the seal’s designed to kill the tailed-beast, too? So Konoha loses nine-tails and the host had Sasuke been successful here? What were the chances for Sasuke’s survival after pulling a stunt like that? Zero!8964 copyright protection84ＰＥＮＡＮＡIFS163mf2z 維尼

What did Itachi do throughout the whole manga to make sure Sasuke didn’t kill Naruto, even if I put aside the fact that Itachi’s a hilarious dullard at the start of the manga? Nothing! He nearly killed Naruto at the hideout, too.8964 copyright protection84ＰＥＮＡＮＡAuHm3VmFBr 維尼

What did he do to prevent Orochimaru (towards whom Itachi pushed Sasuke himself) from overtaking Sasuke’s body? Nothing! Sasuke figured everything out all by himself.8964 copyright protection84ＰＥＮＡＮＡKbYNFNLZ96 維尼

Did he have any plans to save Sasuke if Orochimaru ever took it over? Nope. 8964 copyright protection84ＰＥＮＡＮＡV8XvHte8SG 維尼

His character’s just so … absurd. It reads like a parody of the concepts he’s supposed to represent. He reads like a caricature that’s a lampoon on heroism, a satire on pacifism, a parody on a loving brother! He makes no sense. It doesn’t matter what you change or ret-con, he’s still a nonsensical character and he’s still a complete moron! What I’m trying to say is that evil Itachi makes as much sense as the evil canon fool Itachi! Translation: no sense!8964 copyright protection84ＰＥＮＡＮＡBIeCRJv2zI 維尼

ns44.192.254.246da2
favorite
comment 0
0 likes
Be the first to like this issue!
Next Issue >
close
dushman-e-jaan - Anti-Itachi
home
Bookmark!
Table of Contents
#0 Intro
#1 highabovethewall asked: How do you feel about Itachi's genius status/label compared to Kakashi, or
#2 Anon asked: Do you think that Itachi was a racist person because he massacred the clan full of inno
#3 @dinainparadise You didn't bothered to read the post. Racism?
#4 Anon asked: If Kishi stuck to the version of villain Itachi - what do you think would be Itachi's r
#5 Things that are so damn wrong with Itachi’s character!
#6 Holy cow’s tits! Itachi … what?!
#7 stupidcrazyfangirl asked: Why do you think Obito helped Itachi massacred the clan?
× Share Email
Click to Share!
Share to Facebook
Share to Twitter
content_copy
Copy link to clipboard
share
Other options
×